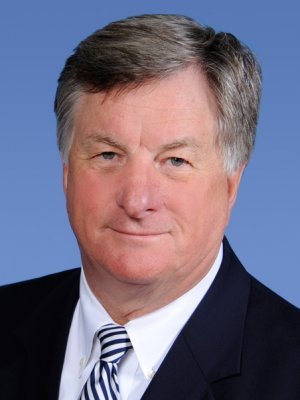 A veteran of over thirty-five years in the financial services industry, Tom has been with Capital Analysts since June 1985 and joined KAF Financial Advisors, LLC in August 2000.

In his role, Tom helps both businesses and individuals design, administer, and monitor their retirement plans. Tom amd his team service clients across the country, including professional organizations, nonprofits, and the construction and manufacturing industries. In addition to providing retirement plan services to businesses, Tom also works with business owners and individuals with their estate and investment planning goals.

As part of his commitment to the industry, Tom is an Accredited Investment Fiduciary (AIF®) and a Certified Fund Specialist® (CFS®). Tom has been annually selected since 2015 by The Financial Times as a member of that publication's 401 Top Retirement Advisors in the United States and is a member of the Retirement Advisory Council (RAC), a retirement industry forum for best practices.

Active in the community, Tom is a founding board member and Treasurer of the South Shore (MA) Special Needs Athletic Partnership, and Finance Committee Chair and former Treasurer of the Chappaquiddick Beach Club on Martha’s Vineyard. In addition, Tom serves as a member of Hingham's 4th of July Parade Committee. Tom has coached youth football since 2002 and volunteers his time as an auctioneer for many fundraisers in Boston and the surrounding areas.

Tom holds a B.S. in Economics from St. Lawrence University and a MBA in Accounting from the University of Massachusetts-Amherst, where he also served as a varsity graduate assistant football coach. Tom and his wife Debbie reside in Hingham, MA and are the parents of Lindsey, twins Allison and Gregory, and daughter Colby.

KAF Financial Advisors, LLC is independent and not affiliated with Lincoln Investment and Capital Analysts.

The Financial Times 401 Top Retirement Plan Advisors is an independent listing produced annually by the Financial Times. The FT 401 is based on data gathered from advisors, regulatory disclosures, and the FT's research. The listing reflects each advisor's status in seven primary areas: DC plan assets under management (AUM), DC AUM growth rate, specialization in DC plans, years of experience, advanced industry credentials, compliance record and DC plan participation rate. Awards are not indicative of future performance. Working with an award winner is no guarantee of future financial success. Individuals should conduct their own evaluation. Advisors do not pay a fee to The Financial Times in exchange for inclusion in the FT 401.

Capital Analysts of New England and the firms below are independent and not affiliated.